Brea is a country on the Acatheanean continent. It is the biggest country on Acathea and next to Briasan, Thadit and Elin.

The old name of Brea was Laros-Rar and it was Raral territory.

Brea was founded in 3015 after the last Raral were defeated by the Roas. The first King of Brea was called Brea, a general from Tria. He betrayed the King of Tria after their victory over the Raral and proclaimed himself as the new King of Brea. Since then, the two countries were at war…

In 3601 the whole continent was conquered by the Malviur. 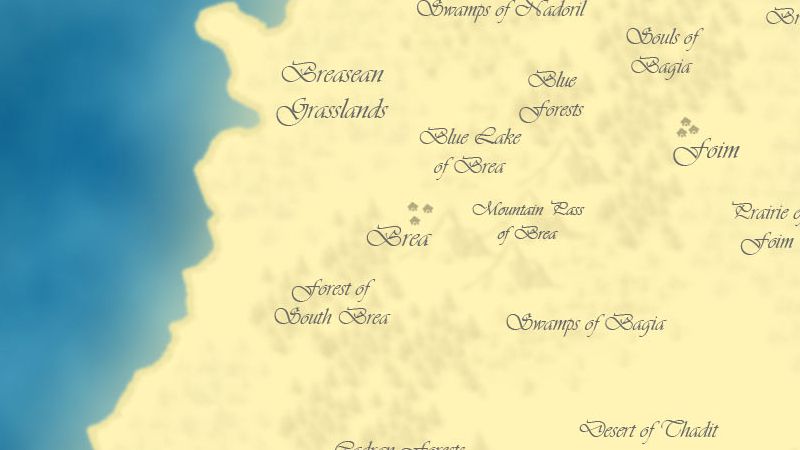 Brea is a city and the capital of the country of Brea. It was founded by King Brea I. in the year 3015.

Angoin is a large city in the south. It was founded in the year 3016.

Foim is a medium town next to the river Bravir.